It’s the first week of school, I’ve been paged… I know it’s probably one of my students- a first or fifth grader. I turn the corner to the downstairs First Grade Hallway and see Matthew*. He’s flailing and yelling at his teacher as tears streak down his face. The teacher is standing in the doorway to prevent him from running away, the rest of the class is getting restless and horse-playing. I look at him, he could resemble me as a child.

I kneel down and say “Something has gotten you really upset but we can’t go have fun until we work out this problem.” He says, “She (teacher) made me go to the back of the line but it’s my line leading day! I got even when Juan told her [teacher] I said I wanted all the smoke. She looked at me and said I was making drug references!”

He continues to flail but I say, “I think we should talk more about this in my office, we can’t go hang out there until you pull yourself together.” Then he says “Do you have games or Squishies?” I reply, “I have both.” Before I walk away with Matthew, I politely explained to the teacher that the phrase “I want all the smoke” isn’t a drug reference but is an indication that someone is mad and wants to argue or fight with you.

As a black male school counselor, in a diverse/urban e school, you’re often viewed as a superhero. No, I’ve never walked through walls, had x-ray vision or even taken flight (except for planes and on basketball courts), but when I show up to escalated situations… Sometimes my mere presence can diffuse a potential crisis. It’s a fascinating dynamic. Some faculty and staff understand the dynamic and why my presence seems to do more than theirs. For those that don’t understand, I tell them “a male presence makes a difference.” Sometimes that statement works. The reality is, I bring who I am to each situation. Fortunately, I’m someone my students can identify with… I represent someone who is personable and relatable, I look like them.

During my school-age years, I moved around a lot. My father was in the military so I lived in various states and countries. I do not recall having a black male as a teacher let alone a school counselor. As adults, we know what it feels like to walk into a room where no faces are similar to your own. Students know that feeling as well. It’s uncomfortable, you feel alone; there’s no sense of connection or commonality. More often than not, elementary school counselors in urban cities are not male, let alone African American males.

This means, the automatic connection you feel when you see someone that looks like you, is a feeling many students never get to know as it relates to their school counselor. We’re often more prone to share with people that look like us or have a similar background. There have been situations where just knowing/understanding what your student is saying or experiencing diffuses potential crises. Understanding the importance of familiar faces and shared experiences is an essential step in addressing the lack of black males in Elementary schools.

In the end, the difference a superhero can make in a diverse or urban school, is immeasurable. Appreciate your superhero but don’t try to make them save the world (your school)… We all have to have a hand in that process. 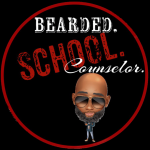 Do It For The 'Gram: The Implications of Social Media for Students

Like Loading...
« Teachers Must Not Only Be Non-Racist, But Anti-Racist
The ‘D’ Word: The Overwhelming Effects of Data on Schools. »