U.S. Representative Marjorie Taylor Greene was recently elected to Congress in November 2020 from District 14 in the Dalton/Rome areas of metro Atlanta area. Mrs. Greene is a well-known QAnon supporter and has been vocal in her support of the False Flag theories. Mrs. Greene posted in 2018 on her Facebook that the Parkland massacre that killed 17 students was a “false flag.” In a recent YouTube video, Mrs. Greene called Parkland Shooting survivor David Hogg a “coward” and accused him of using children to advance his gun-control agenda. In recently deleted social media posts, Marjorie Taylor Greene endorsed the call for the deaths of prominent democratic politicians such as Nancy Pelosi, Barack Obama, and Hillary Clinton.

Despite her support of dangerous conspiracy theories, the House Republican leaders named Mrs. Greene to serve on the Education and Labor Committee.

Marjorie Taylor Greene’s appointment to serve on the House’s education panel will be disastrous for Education in the United States.

What is the Role of The Education and Labor Committee?

According to the official committee web page, the Education and Labor Committee’s role is “to ensure that Americans’ needs are addressed so that students and workers may move forward in a changing school system and a competitive global economy.”

One of The Education and Labor Committee’s nine offices, the Office of Safe and Drug-Free Schools, is responsible for coordinating and recommending policies for improving programs dedicated to making schools drug and violence-free.

Republicans have made their feelings about the safety of our children on school campuses clear, once again. Right-wing conspiracy theorists have claimed school shootings such as the Sandy Hook and Parkland massacres are “False Flags” orchestrated by the government to push harsher gun-control restrictions.

Support of these theories is dangerous to our schools’ safety and the children who attend our campuses. How can educators, parents, and students trust policymakers when the House Republican leadership chooses to appoint someone like Marjory Taylor Greene? We cannot allow policymakers to ignore gun violence and the danger such violence imposes on our students and staff. Increased safety measures to prevent more school shooting disasters such as the Sandy Hook and Parkland shootings are desperately needed.

In a recent study about School Gun Violence, school shootings have become much deadlier in recent decades. 31 children, ages 5 to 18 years, died of gun violence from 2016-2018 according to the Centers for Disease Control and Prevention. According to the report from the CDC, from July 2009 to June 2018, multi-victim shootings on school grounds increased significantly.

Mrs. Greene’s False Flag rhetoric is in stark contrast to these reports and makes a mockery of the dangers of school gun violence. We must stand against her and work toward making our schools safer for our children and staff.

Racism, Anti-Semitism, and Xenophobic ideals are Alive and Well in Marjorie Taylor Greene.

How could we expect Mrs. Greene to consider our students’ diverse population when deciding on policy and future educational programs in our school system? How can parents of Children of Color feel confident in the school system when the House Republican leadership gave Mrs. Greene a seat on the Education Panel?

Marjorie Taylor Greene, an “All Lives Matter” supporter, which stands in contrast with the Black Lives Matter movement, claimed in a recently surfaced YouTube Video that “racism doesn’t exist in America,” while simultaneously claiming that “the issues holding Black and Hispanic men back is dealing drugs and gang violence.”

How can we support the appointment of Mrs. Greene to the House’s Education Panel when her racist and xenophobic views toward people of color are so painfully clear? We need to demand the removal of Marjorie Taylor Greene from the Education and Labor Committee for our children’s sake.

Baseless conspiracy theories like False Flag shootings, claims that the 9/11 attacks were staged, supporting QAnon, and claims of a stolen election Joe Biden won the 2020 Presidential Election make appointing Marjorie Taylor Greene a seat on the Education and Labor Committee a disastrous decision for our U.S. Children. 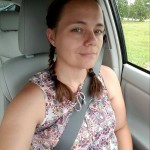 I have been in education for over 15 years. I began my education journey as a preschool teacher and program director at Lil’ Acorns Academy, a Quality Rated preschool that I founded. My goal was to nurture a love of learning and foster emotional, intellectual, and social growth in children ages 2-6. I have an undergraduate degree in Child Development. In 2018, I decided to close my preschool to pursue my lifelong dream of being an Elementary School Teacher. I got my Master’s in Elementary Education and began teaching third grade in August 2020 at a local public school in my state. I am a doctoral candidate at Brenau University, where I am doing educational research for my upcoming dissertation. My passion is education, equity in education, valuing diversity, and meeting diverse learners’ needs.

Opinion:Why Would Anyone Choose to Be a Teacher in 2020?
When We Truly Lift Every Voice: A Three-Part Consideration of Activism in Atlanta in Post-Assimilati...
Opinion: Stop the Hate Against Asian Americans Forces Us to Speak Up